THE ART OF PAINTING

[EN] You can't just become artistic or creative minded, you are just born as an artist. 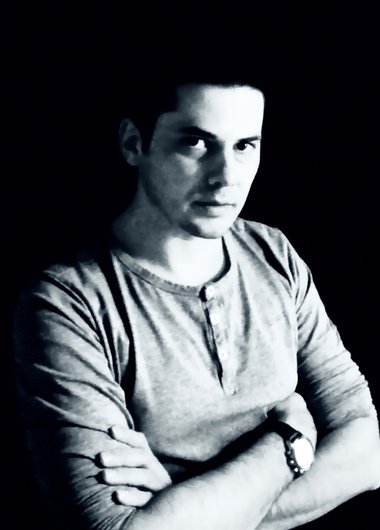 - Born in 1984 in Roeselare, Belgium after which he grew up in a Flemish village called Moorslede with his parents and grandmother, far away from the world of art.

Either way, drawing was in his blood from childhood on. From very young age he was capable of drawing with perspective and his teachers were astonished by his creative talent. But life wouldn’t give direction to an artistic career immediately.

His middle-school education would be dedicated to learning his father’s profession: being a farmer. But two years later it became clear that Stefaan needed something more creative, so his parents searched together with hem for another education: from then on he would be educated as a painter. Stefaan ended this education with success in 2003 and added a specialization of painter-restaurator. Meanwhile he followed an education in Visual Arts at the academic school of arts SASK.

Because of his experience in interior-design he became a teacher in colour-study and technical drawing in the education of interior architecture. At the same time he already was an active artist.

Meanwhile he sold specialized products for artists to gain more knowledge of all the materials available and how to make a creative use of them.

These days, Stefaan Rits is not only known as an artist, but also as a creative entrepreneur running an interior-business.